The London Church That’s A Swimming Pool
“I know your eyes in the morning sun, I feel you touch my hand in the pouring rain…”

Gary Barlow is crooning in the nave of a redbrick church — a church with a group of gently swaying ladies where a congregation should be, and a swimming pool where pews should be. 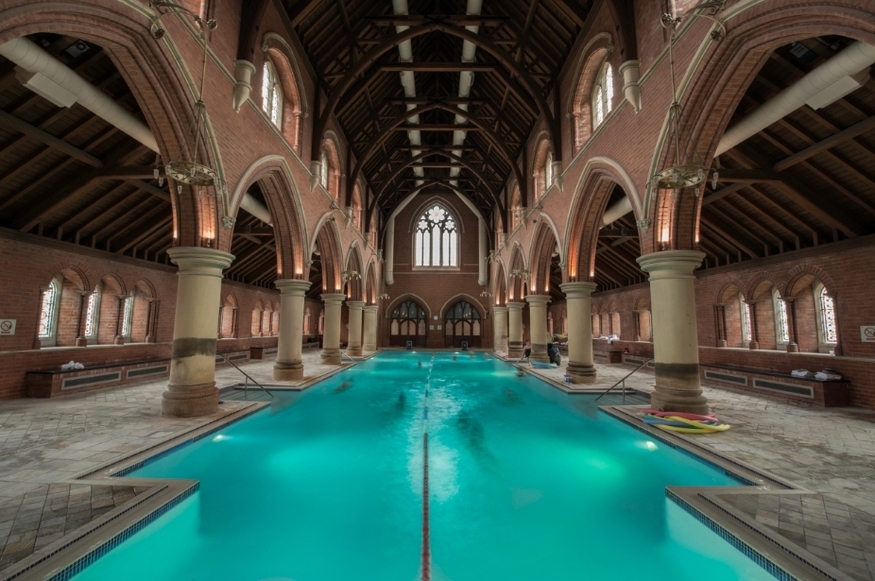 This is not some pseudo-religious Busby Berkeley/Take That dream, but an actual converted church in the borough of Redbridge. The 25m pool and health centre is part of Repton Park, a gated estate of neat redbrick apartments and immaculate driveways, and professional footballers.
There’s an aqua class on right now, which explains the Bee Gees cover being played on a CD. But you can also just come here to do the backstroke and contemplate the wooden ribs of the ceiling, while thick stone pillars and crested stained glass windows roll by. 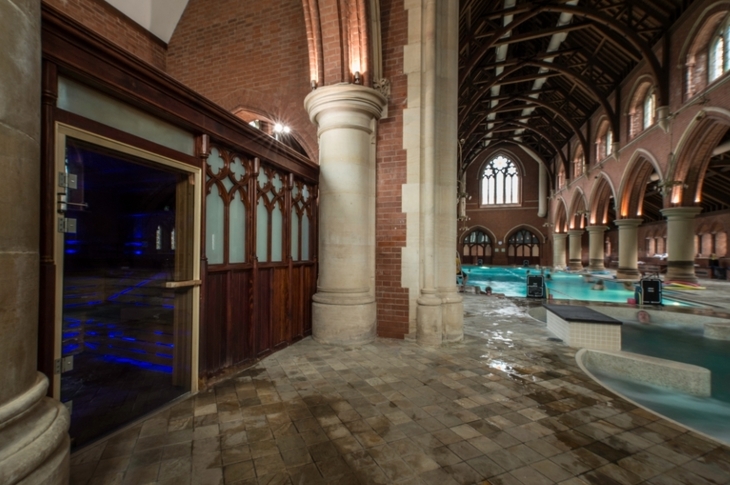 The origins of the chapel are less serene; it belonged to the Claybury Hospital for psychiatric patients, opening in 1893, as the fifth London County Council Asylum. It became a health club almost 20 years ago, though many are sure Repton Park is still frequented by its Victorian patients. The only strange phenomenon gliding up and down the aisle right now is us.
And as we do so, we wonder: has anyone ever got married in this place? No, we’re later told, but that doesn’t mean it couldn’t happen, so long as you did it on one of the couple of days the health club is shut to its regulars. Sounds reasonable: why would you want to marry anyone unwilling to get hitched in an east London swimming pool on Christmas Day? 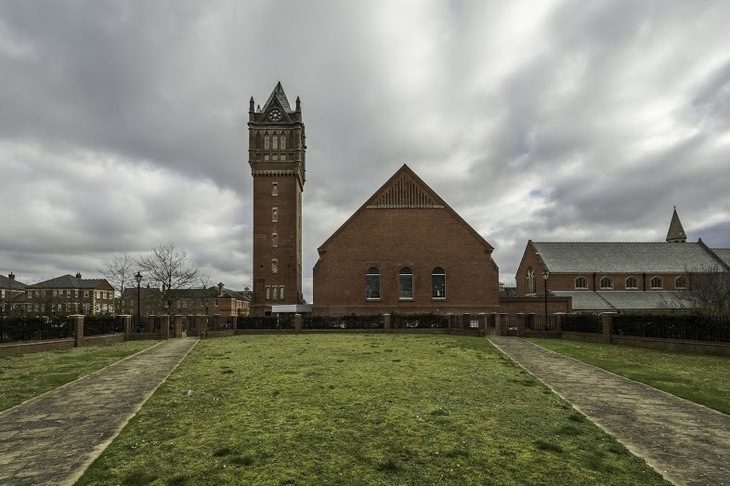 The outside of the building, designed by George Thomas Hine, who specialised in asylum architecture. Photo: Veronica Otero.

The plucky conversions continue at the altar, with a shower boxed in by thick glass tiles, in front of which a jacuzzi froths away. To the left is a steam room, and — get this — on the right, the old confessional box is now a sauna, allowing you to purge your sins through your pores.
What the former men of the cloth and congregation would make of the chapel’s second coming, we don’t know. Perhaps they’re scowling invisibly at poolside, perched on the edge of the loungers, dripping ectoplasm over the towels.

But we’ve got a feeling The Man Upstairs might approve of such resourcefulness. Just this once. 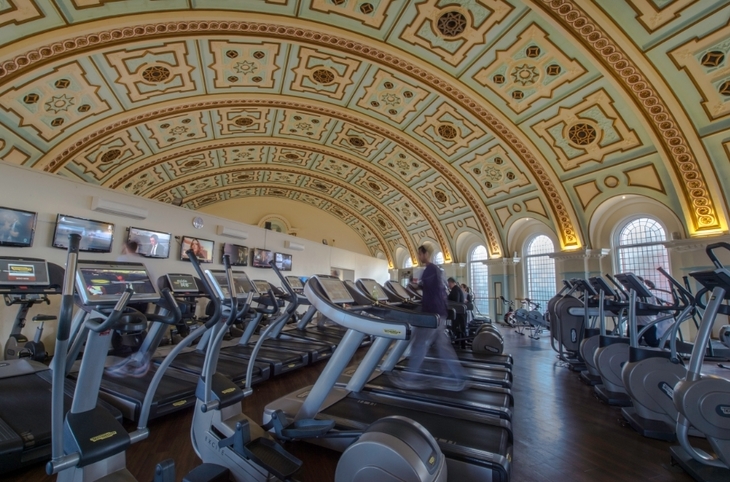 The search tool works, test it!

© Diexel 2014 All Rights Reserved. No part of this website or any of its contents may be reproduced, copied, modified or adapted, without the prior written consent of the author.